I reached the pinnacle of greatness this week. After working for months and months and failing, I finally succeeded. I reached a major goal.

I stumped Hillbilly Mom. I out-Seinfelded her. I baited her, she nibbled, and then I reeled her in. I set out my trap, I...Oh, I hear some mumbling and grumbling. Too many metaphors? Sorry.

Hillbilly Mom (HM to her closest friends) is a Seinfeld expert with steeljaw trap of a memory. There are rumors she spends her whole day--every day--watching Seinfeld reruns, along with reruns of Designing Women and various other shows. She probably takes detailed notes, because no minor plotline eludes her. Except for this one time...

HM wrote a post about getting blood work done.  That was not the main subject of her post, but I pounced nonetheless. Because I remembered an episode where Kramer poured some blood (that he was transporting) into an overheated radiator, I made a comment.

And Hillbilly Mom failed to make the connection. I asked if I had stumped her (to verify my victory) ; she confirmed it. And then the celebration began.

There was a ticker tape parade when I left my house and headed to Aldi's. The mayor of my little township presented me with the key to the city. My name (so they tell me) will appear in the next Guinness World Book of Records. And I'm going to be a guest judge on the show "So You Think You Can Dance" since I am quite skilled at dancing just like Elaine. (Sadly, I'm a one-trick pony. That is the ONLY dance I know how to do.)


Although I know this was a small battle--an insignificant skirmish in a huge war--I am savoring my win until the next time when we face off...and I'm beaten by her once again...

And in honor of Father's Day tomorrow, I'm including a video of Daniel Beaty, a wonderful poet. His poem, "Knock Knock" speaks to the impact a father has.


One of my favorite memories of my father was on vacation trips, in our station wagon, he'd sing. Funny songs, serious songs. From him I learned that "mares eat oats and does eat oats and little lambs eat ivy..."
What is a favorite memory you have of your father?
Posted by Sioux Roslawski at 5:26 AM 28 comments:

Why We Need Friends

Two things happened recently that made me realize--for the millionth time this month--how important friends are.

I was reading a post by Linda O'Connell. She mentioned thinking her father worked for the WCC. Immediately, it brought to mind a summer I worked for the YCC, and shazam! I had a story to tell that had been buried for several decades.


And then a few weeks ago, our dumb-as-dirt-but-sweet-as-sugar Golden Retriever had made a mess of himself with his tongue. Some hotspots meant Foley would have to wear the "cone of shame," and he did...until Lisa Ricard Claro suggested a Boo Boo Loon. It keeps the dog from getting to stitches/hotspots but does not obstruct their view or hinder their hearing. (It also serves as a pillow when they sleep.) My husband, who spares no expense when it comes to Prince Foley, ordered a Boo Boo Loon for him; our dog is much happier now. 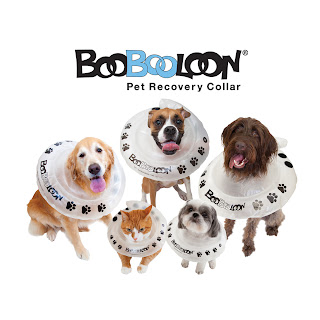 What was something a friend of yours did for you recently?