Okay, I'm going to give you a recap from my last post, in case you're not one of the two people who read it, and I'm not going to give you a link and make you go back and read the past post so you pee in your pants from laughing too much like Val does or like another writer does. In other words, I'm not gonna make you work for it.

When I posted this past Monday, I told about seeing Janet Evanovich at a book talk. I'll give you enough of a summary to understand today's story, so you see why I just might end up in a future Evanovich novel (but not in a good way).

Janet Evanovich--right away--showed us what a sassy, outspoken woman she is. She talked about her most recent book. She talked about her whole support staff--her son does her "plot work," her daughter does her website, and she introduced her stylist guy and her hair guy. (They're two separate people. Go figure.)

One of them--the stylist? the hair guy?--held up their dog high in the air (with one hand)--a chihuaha. We learned the dog's name. (I don't remember it. Sorry. I usually don't pay much attention to ankle-biters that can fit into a teacup.)

Fastforward to an hour or so later. I'm standing in line waiting to get the book autographed so I can auction it off at a dog rescue trivia night.(This is an important detail. Keep it fixed in your head.) I can see the way they're doing it. One woman takes the book to hand it off to Evanovich. The stylist and hair guy are taking people's phones/cameras to take pictures. The fans pose next to or behind Evanovich, and then the next person moves into place.

There's a chair next to the table where Evanovich is--a swivel-y desk chair. I fixated on the chair, because I have a purse--not a cute bag, so I don't want it hanging on my shoulder when I get the picture taken. It's not big and it's not heavy. Just a smallish quilted purse. I also have a composition book (I took notes during the interview. Isn't that a good thing? Shouldn't I get credit for being extra-attentive?) So after I handed off my phone and the book, I figured, I could place the composition book and the purse on the chair.

The chair was really important to me, because I've been known to trip over the pattern in the rug. I've dropped drinks on people. I'm terribly gawky. Just navigating around a couple of people and a table while simultaneously setting down a couple of things could end up a disaster... which it did, but not the way I thought it would.

I must add this tidbit: Several people saw me set my purse and composition book on the chair. I didn't toss them. I didn't slam them. I set them there... and at least three people watched as I did it... and didn't say a thing...

... until I was posing with Janet Evanovich. They handed my camera back, and the woman said, "There's a dog there. I moved your stuff," and then she pulled back the blanket. There was the chihuahua. It hadn't moved. (It wasn't still because my stuff had crushed the life out of it--it was undisturbed. Still sleeping.)

I tripped over myself apologizing. Fast and furiously. "Ohmygoodness. I'msoooosorry. Ididn'tseeitthere. I'msogladIdidn'thurtthem. I mean, I'm getting this autographed for a dog rescue trivia night. I rescue golden retrievers."

Her stylist guy? hair guy? replied, "and you kill chihuahuas," as I left the room, my head hung in shame.

And now onto the business of the book blurb.


Look at the photo below. That is the cover of your book. You choose the genre. Is it a comedy? (It sure looks funny to me.) Is it a romance? (Like The Runaway Bride?) You decide.


Write an enticing blurb--150 words or less. (The title doesn't count in the word count.) Blurbs are those enticing bits that prod you into buying the book. Sometimes they're on the back cover of the book. Sometimes they're on the inside front cover. What they always try to do is lure you into purchasing the book.
Lisa Ricard Claro was the original creator of this writing challenge. Currently, she's super busy. She and her hubster are currently basking on the beach in Florida. Leave the sand to do this book blurb stuff? No way. (She's also working on a new novel--I'm sure--so that keeps her occupied in between applying the sunscreen.)


Include your blurb in a blog post. Include a link to this post. Also, link your post to Mr. Linky. Mr. Linky is easy. If you've never done it, you'll be impressed with how simple he is. And then, check out the other blurb(s). It's interesting to see the different directions writers take, given the same photo.

Trixie had done loads of prep work for her wedding. A string of crazy diets to lose weight. Brazilian Butt-Lift classes three times a week. Trixie even bought the Miley Cyrus “Get a Terrific Bod by Twerking” exercise video, and did those workouts on a daily basis.
On the big day, Trixie got herself sewn into her gown. After the vows, came the reception. And the dancing…
When Trixie and Ricky Bob stepped onto the dance floor, the DJ put on her favorite song and Trixie started twerking. So obsessed with her rump-shaking, she didn’t hear the satin ripping. She didn’t notice the breeze hitting her backside.
Ricky Bob stepped behind to eclipse the mooning. He attempted to get Trixie off the dance floor. For once, he was a gentleman.
Will Trixie be red-faced forever? Or, will she turn being the butt of people’s jokes into a positive experience? (149 words)

If you'd like to find out how Darius Rucker can help you add tension to your writing project, go here.
And for Val and Pat and anyone else interested in playing along, here is the photo for next week:

This past Saturday, Janet Evanovich came to St. Louis. My husband thoughtfully bought me a ticket, just because she was "some kind of writer-person" and he thought I'd be interested. I wasn't so excited that I got there two hours early to make sure I got in the front row (like I did with Mary Karr and Anne Lamott) because although I've read some of her Stephanie Plum books, she's not an author I collect or get all frothy in the mouth over. However, she's terribly successful, so I figured it would be an entertaining evening. 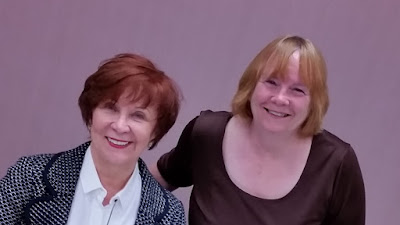 From the moment she opened her mouth, it was apparent she's a Jersey girl, and a sassy one. Here are some tidbits from the discussion:

The talk was peppered with Evanovich using my favorite "colorful" word several times, a few times she stroked the microphone like she was romancing Ranger (I've read enough to know who she was referring to when she mentioned that character's name with a hint of lust in her voice) and early in the interview she said, "You'd better be careful what you say tonight--you might end up in a book." I doubted that... until I did something unthinkable later on.

On Friday I'll share what I did which was so awful, and why I just might end up in one of Evanovich's book (or a book written by her stylist or hair dresser).

Thankfully, since I just had her sign her book without a name so I could auction it off at a dog rescue trivia night, Evanovich didn't get my name... Perhaps in some future novel she'll just call me CH--"for chihuahua killer."