Metaphorically Speaking---If You're Not a Teacher, This Post Will Cure Insomnia

Earlier this week I did a workshop for Gateway Writing Project's writing festival for 3rd-5th graders. There were kids and (yikes!) teachers in the two sessions I facilitated.


In the fast fifty minutes we had together, we worked on extended metaphors. This is what happened:

1. I had numerous objects scattered around the room on tables. A hair dryer, a dream catcher, a shiny rock, a treasure box, a rusty hammer, an old paintbrush, a shiny new wrench, an empty picture frame, an over-ripe banana, a branch from a tree that was torn down by the tornado, some bubble wrap...(you get the idea)

2. We began by talking about what a metaphor was. While we were in the midst of the discussion, I was (idly? nervously?) shaking up a can of soda.


3. I then (of course, since it's a messy way to make a point) popped open the can.
4.  We brainstormed adjectives and vivid verbs and I jotted them down in lightning-fast fashion (or as lightning-fast as my menopausal brain allows).


5. I then thought out loud, and said I had to make some choices. All the contributions were great, but I thought some would be better suited than others for what we were going to do. For example, I loved "fizzy" but I couldn't figure out how to use it when describing myself (unless we went back to my Bozo-the-Clown perm phase, when my hair was fizzy-frizzy...I didn't share this, as I didn't want to frighten anyone away. And visions of me with a perm did terrify people!). I circled the words/phrases I intended on using.
6.  I then created a metaphor on the spot, something like, "I am a shook-up can of soda. When I get excited and bubble over with enthusiasm, things get messy because I get off track; all I think about is what I'm into at that single moment. There are other times, however, when I explode in anger. My rage spews and sprays everywhere...No one is safe when they're around me when I blow up..." (I wrote the metaphor under the "me" heading.)

7.  The students had post-its (okay, I did not have a chance to snag some post-its from my school, so I used a small memo pad and just gave each participant a handful of sheets) and they went around and jotted down verbs and adjectives for the objects scattered around the room. (After all, writers are thieves. We "steal" ideas from each other. Also, writing should not be done in a vacuum. We need fellow writers to bounce ideas around.) They left the notations with the objects, so everyone/anyone could refer to them.

If you're a teacher, try this activity out. It helps kids connect to metaphors if they have something concrete to work with. And if you have any suggestions to improve it, or have a figurative language activity that you'd like to share, please do. (Teachers like to steal as well!)

Total Eclipse of the Original

I read Becky Povich's post, which mentioned her wanting to see a total eclipse of the sun. Immediately, I thought of a youtube bit that's funny and well done. And it takes me back---rushing---to my past.

If you're 50 or 60-something, you might remember a song entitled Total Eclipse of the Heart. Bonnie Tyler did it, and it engulfed the airwaves for a while...

For some time there has a been a very humorous version on youtube. The singer is decent, and the new lyrics take a light-hearted look at the cheese-y original lyrics.

Here's the link if you haven't seen it before and you need a blast from the past and a chuckle this morning (and it's probably my last post for a few days, as I am knee deep in report cards...).

Becky--This one's for you!
Posted by Sioux Roslawski at 2:51 AM 6 comments: 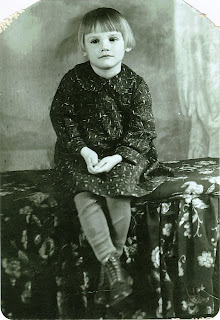 Yesterday I did a little workshop for teachers on digital stories. It's a bit comical when I am asked to speak (as a semi-authority) on anything that has an electrical plug, as I am a "know-nothing."

But I tried to lead nonetheless...

Digital stories, in case you're unaware, are stories that integrate photos with the storyteller's vocal narration along with music. It's a phenomenal way to hone your "show don't tell" abilities, because many things are expressed through the music, the transitions, or the images, rather than the written word.

Beginning by showing a digital story I had created a few years ago, I cringed at all the deficits: some of the transitions were a little out of sync. Some of the photos I chose were cheesy.  Some of the narration needs to be ramped up. However, it remained a moving story; most of the teachers had tears in their eyes when it finished. (To give credit where it is truly due, the story itself---a true one---is quite emotional. The impact was not due to my storytelling abilities.) 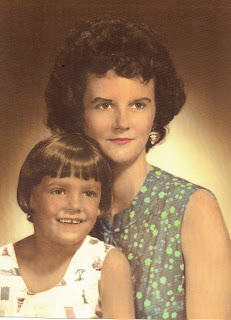 During the summer months, I plan on redoing this digital story. Before, I used images from flickr; I want to take my own photos so there is no concern over infringement. When I created this story, it was during a workshop, and I had techno-savvy folks who dragged me along behind them,helping me doing some of the parts for me (such as using Audacity and mixing the sound levels). This time, I am going to utilize a more user-friendly version (Microsoft's Photostory 3--a free download)--it even has canned music you can create and make a part of your piece.

If you've never tried your hand at one, dive in. Photostory 3 is so easy to understand, even a Golden Retriever could use it. (In fact, I think Foley fools around with it during the day while we're gone. Perhaps that explains why the story called "The Squirrel Hunter" mysteriously appeared on my desktop last week.) If you decide to dabble with it, and have questions, shoot them my way--I've bumbled with it every possible way.

And why bother to retell the story? you may ask. After all, it's "done."
When you value the story, when the story is important for you to tell, when the story compels you to tell it, you want to do the story justice. And this story definitely deserves to be told well...

The next time you see these photos, they will be a part of my revised digital story.  (And hopefully, it will be worth the wait.)
Posted by Sioux Roslawski at 3:34 AM 5 comments:

I was listening to Sam and Dave's version of the song "Soul Man" yesterday on a CD in the car.  Usually I like the original version better than remakes, but not in this case.

I prefer the Blues Brothers' cover.


Perhaps it's because the song is part of a great soundtrack and a funny movie. (I mean, come on! Aretha Franklin and Ray Charles and Cab Calloway...It couldn't get much better!) Perhaps it because the brass is a little more prominent in the Blues Brother's version than Sam and Dave's. (Or so I'd like to try and convince myself.) Or perhaps it's because there's the element of humor---even as they sing---in Belushi and Ankroyd's voices.
And it got me thinking about something I've considered several times during the 10 or 12 decades I've been alive so far.
What is it about some comedians who---when they immerse themselves in playing certain characters (like Joe Cocker, or Frank Sinatra) they cast off their comedian's coccoon and morph into a singer? I really don't think they have had great vocal ability all along...I think something happens to them when they allow themselves to become completely enveloped in a character.
(And here it comes, Hope...Wait for it...)
As writers, doesn't something happen to us when we immerse ourselves in our characters?  I know I'm not the only one who gestures or works on a task or gallops to the car and I become a character for a moment. Or, I contemplate how I would describe the gesture, the movement, if I was a character in the story.
Perhaps there are some gifted comedians who are chameleons...And when we write well, we get into the skin of the characters we create...
At least that's our hope...
Posted by Sioux Roslawski at 8:11 PM 8 comments: