Writing About Women When You're a Man

Today, on this guest post, Sean writes on writing about women...from a man's perspective.


One of the big challenges and rewards of writing fiction is getting into different people’s mindsets. The biggest mental leap for me is writing about the opposite sex.


Of course, I’ve been around women all my life, and I’ve been married to a female scientist for 13 years, so I know a little about women, and I know a LOT about sex discrimination in the sciences. Don’t get me started.


But secondhand knowledge is just that; I don’t really know what it’s like to be a woman and I never will. Luckily there are ways around this problem.


One of the protagonists in my post-apocalyptic novel Radio Hope is Annette Cruz. She’s a gunslinging bouncer at a bar in a shantytown filled with scavengers and drifters. She couldn’t be more different than her creator—she's a Latina who’s a crack shot, physically aggressive, and has survived everything from bandit attacks and toxic waste to starvation and blizzards. The guy who thought her up is only a mediocre shot and has been mildly uncomfortable a few times in his life.


So how do I get into this woman’s head? How does a female writer get into a man’s head? The answer is simple—focus on the similarities. Annette Cruz is more than the woman who will kick your ass if you get out of line; she’s also a single mother. The father of her child died long ago and she’s raising a ten-year-old boy alone.


Parenthood is something I can relate to, and looking back at the fiction I’ve written over the past decade I notice that none of my characters were parents until I became one myself. That bond is a strong one. It redefines you. I can relate to Annette’s worries about her child growing up in a bad neighborhood, or not being able to give him everything he deserves. And while I’m not a single parent, I do a fair amount of single parenting when my wife is away at conferences.


(And she’ll kill me if I don’t mention that she does plenty herself when I’m traveling for work. There, I’m safe.)


Annette also experiences a lot of things I have—annoying people at work, worries over the future, regrets from the past, and a whole host of other emotions that all people experience.


So if a writer thinks things through, it’s possible to write convincingly about the opposite gender. I avoid sex scenes, though. I just don’t want to think about that from a woman’s perspective. Yeah, I’m a guy. Luckily Annette’s going through a bit of a dry period at the moment. For some reason, working in a dive bar breaking up knife fights keeps her from meeting the right kind of man. I wonder why that is?


Sean McLachlan is an archaeologist turned writer who is the author of several books of fiction and history. Check him out on his blog Midlist Writer. 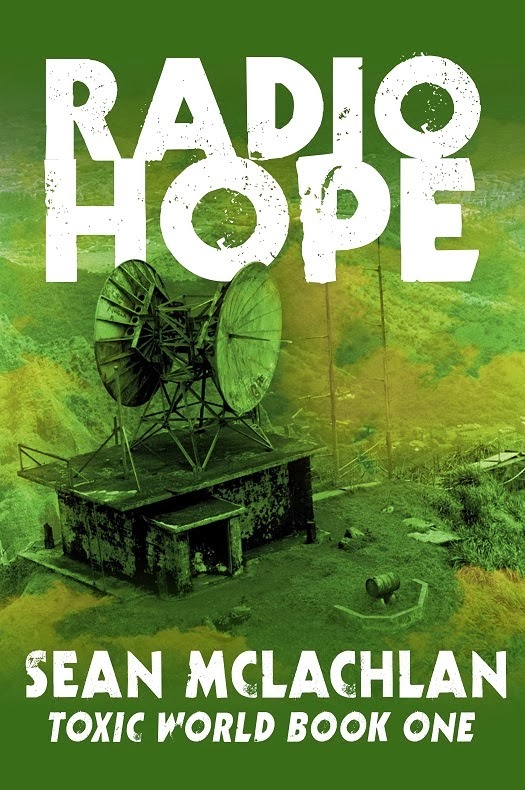 Radio Hope can be borrowed free if you're an Amazon Prime member. Check it out on Amazon.


In a world shattered by war, pollution and disease. . .
A gunslinging mother longs to find a safe refuge for her son.
A frustrated revolutionary delivers water to villagers living on a toxic waste dump.
In humanity’s last city, the assistant mayor hopes he will never have to take command.
One thing gives them the promise of a better future--Radio Hope, a mysterious station that broadcasts vital information on surviving in a blighted world. But when a mad prophet and his army of fanatics march out of the wildlands on a crusade to purify the land with blood and fire, all three will find their lives intertwining, and changing forever.
Posted by Sioux Roslawski at 3:11 AM 27 comments:

Do men understand anything about women? Do they understand that wine and chocolate--for us--are two of the most important food groups? Do they get it that when we come home after an awful day, we don't want them to fix it for us--we just want them to listen? Do they realize that we forget nothing, and will sometimes lie in wait--for ages--in order to get revenge/to pull a payback prank on them/to gleefully say, "I told you so"?

Sean McLachlan has written about women--one of his main characters is a woman--in his newest novel Radio Hope. He's doing a guest post on Friday, February 7 about writing about women...when you're a man.

So come back at the end of the week, and see what Sean says about men...and how well they know women.