Another Bake-Off, Some Big News and Back-of-the-Book Blurb Friday # 51


Yesterday my middle-schoolers had another bake-off. In case you missed the earlier fascinating post on this activity, here's the low-down:

The students chose a cupcake challenge this time. (Earlier, it was microwave brownies.) Each student chose an added ingredient and wrote it down on a slip of paper. The slips were put in a bowl, and then were drawn, one at a time. The next week (this club meets once a week during our homeroom time) the groups worked on their strategies. How would they cool down the heat of ghost pepper powder in their cupcake? How would they mask the salmon (again, in a cupcake). On the third meeting, they chopped and squeezed and whisked... and then were judged.

Some of the combos (yes, that means that all of them were featured in the same cupcake) included:

On the day of the bake-off the kids give up their PE class, their lunch (they eat while they work), their recess and their homeroom time. During this time, there were 15 students blending (frosting) and mincing (chives) and crushing (Toxic Waste candy. They learned time management skills, because at 1:00, the judging took place. They had to work as a team, or their cupcakes wouldn't get ready in time. They had to utilized some research skills (what will neutralize the heat of ghost pepper powder?) and had to decide on some strategies, such as
There were some surprising results. The Spam/bacon/tuna cupcake took 2nd place.(Due to the Spam, it was the one I dreaded the most.) The ghost pepper/salmon/A-1 sauce one was the #1 pick. One team served theirs with half a straw inserted into the cupcake. The unfortunate guest judges (seminary students) looked at the straws, puzzled looks on their faces, and I had to whisper, "It's not a joke. You'll need the straws." (The lime juice and the fresh spinach made their cakes a runny mess. They had plenty of baking time but never... really... set.)

As far as the big news, I got word this week that I snagged a spot in the Listen to Your Mother St. Louis show. On Tuesday I'll give you more details about the show and tickets, but needless to say, I'm excited.

And now, what you're frothing at the mouth about: book blurb stuff.

Look at the photo below. That is the cover of your book. You choose the genre. An informational book on car repair? A thriller about a business owner who's fed up with the hoopty parked in front of his shop? You decide.

Lisa Ricard Claro was the original creator of this writing challenge. However, she's been busy for the last few years. A three-book publishing deal. Another novel (or two) in the works. Battling with Cathy C. Hall over the Korean children's book market. You get the picture. She ain't got time for this stuff.

Larry has a zoo… a zoo on wheels.

You want a petting zoo at your kid’s birthday party? Larry’s your guy. He’ll deliver a goat, a mini-donkey and a pig or two—in his car.

Oh, don’t go thinking that Larry’s critters will get tethered up in your yard for the party. Nope. With Vagabond Zoo, children get to experience a mosh pit of fun. The farm animals roam and climb around in Larry’s car. During birthday celebrations, kids—one at a time—clamber into the car so they can get stepped and nibbled on to their heart’s content.

However, Larry’s business is putting a damper on his social life. Women aren’t impressed by his car. The paint job. The interior that’s been destroyed by Billy the Goat. The smell of the “garden gold” the animals leave on the seats.


Will love be the victor? Or will Larry’s love for his critters win? (150 words)

Author's note: When I chose this photo a week ago, I had no idea what I'd write about. However, the internet address (which I didn't see until I worked on this on Thursday night) painted on the side of the car instantly inspired me.

And for those who'd like a sneak peek at next week's photo, here it is:

Every Dog Has His Day 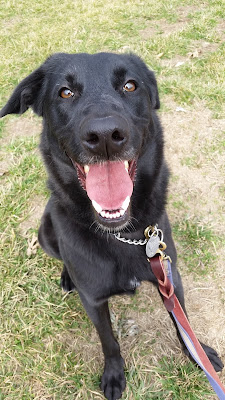 Okay, this isn't the dog I meant to write about, but Karmer (from Istanbul, Turkey) has a wonderful day every day. Well, he will have better days once he finds a forever home, but even now, while he's still waiting for a permanent source of love, he's enjoying life. (Love a Golden Rescue thinks he's a Lab/Lab mix.)

He walks like a dream... way better than our dog. 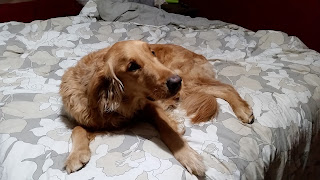 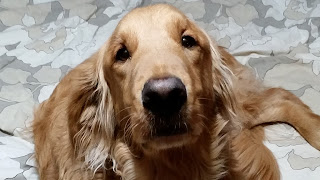 No, this is the dog I planned on writing about today. Radar, who's almost 3, passed his obedience class last night. My husband and I both consider it a March Miracle. Radar followed all of the commands he was given in a satisfactory manner. Either that, or the instructors were tired of seeing his happy-butt, and they gave him the certificate so he'd leave.

When our pup first started this six-week class, the instructors said, "He's such a happy boy." We didn't have to read between the lines. We knew what they really meant. They meant, 'Your dog is one wild and crazy dog.'

So, if you start something and assume you're going to fail, you just might end being pleasantly surprised.
Posted by Sioux Roslawski at 5:36 PM 8 comments: