A Serious Warning to Writers... AND Back-of-the-Book Blurb Friday # 23

A warning to all you writers:  finishing your manuscript can be hazardous to your health.

I've been plagued by severe knee pain for the past week. (And I have a high pain threshold. I gave birth to both my kids at home without any medicinal assistance. I usually CAN handle the pain.)  While some people would take something over-the-counter for it, perhaps ice it or put heat on it, maybe even see a doctor right away, I did nothing... except grit my teeth and continued with work on the third floor and up three flights of stairs if I park on the sidestreet so I don't get as big of an audience as I hunchback my way up the stairs old lady-style and figured it would go away in a few days.

It didn't. On Tuesday night, after an evening event at school, I was on the verge of tears as I drove home. Yesterday, finally, I headed to an urgent care center.

Osteoarthritis. The most common form of arthritis for those over 50, which is strange, because I'm only 37. (Okay. I had to find some reason to laugh hysterically... just a bit of comic relief.) As the doctor spoke to me after x-rays and an examination, the pieces of the puzzle fell into place.

So, don't do as I did. Do as I say. Don't sit for long periods of time, hunched over your keyboard and in the writing groove. Get up at regular intervals and move. (I am going to order a Simply Fit Board, from one of the Shark Tank inventors. It's something I'm likely to do... Write for 20 minutes, take a 5 or 10 minute break and use it, which I can do while I'm watching TV, and then go back to writing.)

I would show you a picture of a normal knee (This your knee) and then a picture of my old-lady knees (This is your knees as slugs) but the second image would be too horrifying...

So before you move onto the next paragraph, the next chapter--get up and move... 'cause I'm not gonna share my knee brace with you if you get the same prognosis.

And now onto writing a book blurb.


Here is the photo for this week, and my finished blurb: 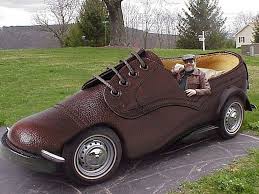 The Old Man in the Shoe

Size does matter. At least that’s what Herman thought…

Herman was a never-married man, which made women wary, since he was 58.

Herman had a custom-made car and when he was introduced to new acquaintances, he’d laugh and say, “You know what they say about the size of a man’s shoe.” Then he’d pull a photo out of his wallet and show off his car.

But then Herman met the perfect woman for him… the lady of his dreams… his soulmate.

Will they find their own happily-ever-after? Will Herman need a shoehorn if his lady is going to fit into his life?  And does size really matter--when it comes to Herman’s car or his newly-found love? (149 words) 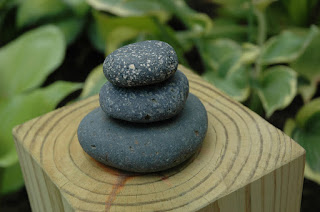 And the above photo is for next week. It's a picture taken by Lynn Obermoeller, who is working on her own book. However, she doesn't need any reminder to keep moving on a regular basis. Lately, she's turned into the incredible shrinking woman...

I recently got a book from my husband. No, he didn't read it. He doesn't read unless he has to. But I won't admit I'm enjoying it because he heard about it on NPR.

NPR and I are like oil and water. When I am speeding driving down the highway, I enjoy listening to music. Loud music. Some voice droning on and on does not appeal to me while I'm tooling around. (Yes, I know I'm missing out on wonderful stories and interviews. If I was guaranteed I'd be able to avoid Prairie Home Companion, I might try it out. But Garrison Keillor is lurking around every corner.) 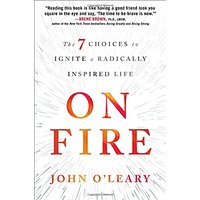 John O'Leary, when he was a kid, caused an explosion in his family's garage. Their house burned down. John got third degree burns over all of his body except for his face and scalp.

Immediately after the explosion, John asked his two younger sisters to go into the burning house and get a knife. O'Leary wanted to kill himself. Instead of getting a knife, his youngest sister got a cup of water and threw it on John's face... and she did it once or twice more, which is why his face is not as burned as the rest of him.

There's a "philosophical" page between each of the sections, but I'm skimming over those. I'm reading it more as a memoir than a life-changer.

It's an interesting story, and since O'Leary lives in St. Louis, who knows... Perhaps I might run into him some day?

Is there a book that changed your life? I'd love to know what it was.
Posted by Sioux Roslawski at 2:42 PM 12 comments: