When I drive, occasionally I have to make an unexpected turn. Screech. Bump-bump as I hit the brakes to slow down and go over the curb. (Just a bit.) Tom Tom (my GPS) is telling me to "turn now" and there are two streets close together. Do I turn now or at the next street?

Or I'm traveling with a friend who's the navigator, and we're listening to the radio (loud) and getting lost at several spots. But eventually, we always find our way.

It's like that with a story as well. Or at least it's that way with my stories. I putter along (unfortunately, I hardly ever manage to break the speed limit when I'm writing) and occasionally, I make an unexpected left turn.

Yesterday I was reading Lisa's blog. She wrote about an unexpected tidbit that reared its head in her current WIP (a book in her second series of books... Am I the only one that has publishing envy when I think of her?). And without even planning on it, my WIP drifted into my head.

No, I wasn't even able to work on it last night. Too busy with an evening meeting and doing work for my classroom. But still...

Before last night, I had it all planned out when it came to a major plot event. A bit of revenge. A felonious bit of justice. It has been set in stone for more than a year.

However, even though it was unintended, it was insistent: my story told me loudly and clearly--this is how that part should play out.

And now, that part is going to head in a different direction. It makes more sense. It solves a problem I was having. And, the story drove itself there...

What kind of left turn have you experienced lately? Minds with banged-up hubcaps want to know... 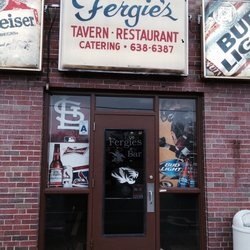 For several years, I've been a WWWP--one of the wild women wielding pens. We're a fierce fivesome, meet twice a month at one of the WWWP's house, and are serious about our critique work.

To be honest, we're also serious about our snorting (in laughter). When we began our group--before we even met--we created an agenda for our meetings. The first 15 minutes would be for off-task chitchat. In an hour and a half, we'd be done and hurtling our way home.

But that was before we became friends.

It was also before I got much fatter... because when we started out, it was only iced tea we had as refreshment. And then an occasional plate of cookies found its way onto the table we surrounded. And then once in a while, some cake or pie. Once in a blue moon, our hostess invites us over for dinner before we begin the critique work. (On those evenings I wear sweat pants that are three sizes too big. After all, our host bakes a quiche that is magnifique! She gets the cheese from a French monk who lives in a cave. Really.) Now, it's only occasionally that it's only tea... which is unfortunate for my waistline.

This fall I started up another writing critique group. These are all teachers, and we meet at Fergie's, a tavern-restaurant. (We have our own private writing room... except on days when some old men have been playing cards for five hours straight and have displayed no sign of coming to an end. On THOSE days, we simply sit in the tavern/restaurant part, like common beer and whisky lovers, and talk loudly.) We eat pizza or fried chicken or taco salads or burgers, we drink iced tea or soda or beer, and we too are serious about our writing... Unfortunately, most of our seriousness gets sucked up in our classroom, leaving us only sporadic energy to write our own stuff.

However, on our next meeting, we might be starting a collaborative project. One of the teachers suggested writing a joint book/story. One that revolves around one single event--and each of us will write from a different character's perspective. It's a way to focus our writing (some of us are a bit rusty) and is also a way to infuse a piece with distinct voices.

We'll see if the whole group takes the bait...