Students on Fire... and Back-of-the-Book Blurb #32

Next Tuesday my students--6th, 7th and 8th graders--will be starting NaNoWriMo. A few of them are not happy. (These students would be happy if they didn't write another word for the rest of their lives.) Some are willing. And some are on fire.
Here are some of their kernels/story ideas:
One 8th grader said, "I'm so excited we're doing this. I've always wanted to write a book." Others got into drawing what their main character looks like. Many of them are digging into the research and creating files labeled "NaNo." It's exciting.

It's exciting because I never dreamed of writing a book. Never one for such lofty aspirations, I wanted instead to be a journalist. A poet. The next Emily Dickinson... without all the never-famous-until-she's-dead thing.

When I was 13 and in 7th grade, I made people laugh with my school newspaper feature articles. That was heady stuff--getting people to chuckle over my words. But these kids. These kids are already dreaming of writing a book.

So think of me in the next month as I'm writing before school and after school with my students (but probably doing more suggesting and prodding than I am writing). And keep your fingers crossed for me that I'll be able to at least get something started for NaNoWriMo. I'm embarking on a historical fiction project (which is NOT what I normally do). The only hint I'll give (and it's a big one) is that it centers around a Tulsa event in 1921...

And now onto back-of-the-book blurb fun:

Here is the book cover and my blurb (as lame as it is): 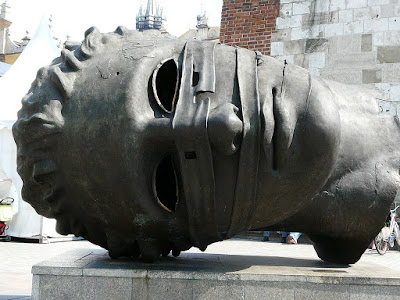 The People Who Inspired the John Mellenkamp Song:  Does Authority Always Win?
The statue had been commissioned to trumpet the importance of censorship across the land. The hunk-of-a-man, made out of a huge hunk of granite, had part of his face covered in bandages, the sculptor’s nodd at subtlety. Our words, our opinions:  they should be judged and if deemed unfit, should be shushed. Our stories: censored.

But the town folk, a quiet, hard-working group, got disgruntled. Their hard, sideway glances at the towering statue… their muttered complaints… They didn’t believe in anything high-falutin’ but they also didn’t believe in anyone telling anyone else what to say, or how to say it.

One morning, the early-rising newspaper readers ventured out, and instead of the daily headlines, they found a toppled head. A headless statue, now without a brain.

The way the town covers up the true culprit turns one man into a hero… and another into a man whose life is endangered. (150 words--whew!)

And for those two or three who like to play along, here's the photo for the next week: 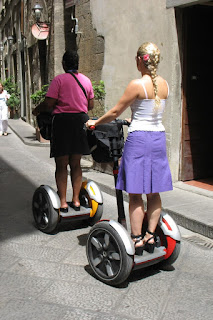 My middle-schoolers are going to do NaNoWriMo. They're lucky. They can make their own goal (not gonna happen, since many of them will choose 0 as their goal). They're not saddled with the monstrous 50,000-word mountain to scale. (I've set a 5,000-word goal for them, hoping it's challenging but also attainable.)

I've told my classes, "You might start with a kernel of an idea, and then get stuck wondering What is going to happen next?  However, if your characters are fleshed-out, your characters will start telling the story. They will drive the plot for you." 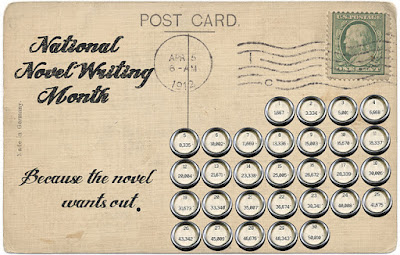 A writing friend, Kim, outed herself. She came out of the closet. She admitted on her blog that she's a closet writer, but has decided to do NaNoWriMo this year. If you're curious what she's going to be working on, go back a post or two. Her project is chilling. Seriously. Serious as a serial killer... a female serial killer.

What are your goals in November--writing or otherwise? Ambitious minds want to know...
Posted by Sioux Roslawski at 3:59 AM 23 comments: