One of my favorite movies is "The Out-of-Towners." The original one with Jack Lemmon and Sandy Dennis.

It's a perfect example of black humor. Disasters happen to a couple traveling to New York for a job interview--over and over.

Tuesday--after my school's blood drive--I lived my own version of the movie. Here's what happened:

I was the teacher/staff person. My principal drifted in earlier, as did a couple of teachers, but this evening, I was in charge.

I gave blood, and one of the teachers who stopped by convinced me to eat a bag of Cheez Its. (I would be grateful for those few crackers later.)

A little after 6, the janitor asked me if I had a key to lock the side door. I didn't. He said, "I"ll lock the doors but prop open one of the doors with a rock, in case anyone comes to donate." That was perfect... or so I thought.

When the blood mobile people finished dismantling and packing up things (a little before 7),  I don't know why, but as I stood inside the building, I asked them to check on the doors to make sure they were locked. They did. One of the doors was unlocked.

One of the doors was unlocked? What was I going to do?

I walked up the stairs--from the basement to my classroom on the second floor--so I could call someone. I had a couple of choices. The principal or a man (like a caretaker) who lived in the neighborhood (I'll call him Mr. K) could help me out. It would be easy. Or so I thought.

For over an hour I called those 4 people--several times.

I figured I'd be stuck in the building all night, since I didn't feel right leaving the building unlocked. Since I'd only had the small bag of Cheez Its between noon and 7, I was getting hungry. And The Voice television show was on. I was missing it. How bad would I smell if I spent the night sleeping on the floor by the unlocked door, presumably "guarding" it? I had nothing to eat in my little classroom refrigerator. If my stomach starting eating away at itself, I supposed I could find something in the school cafeteria, right? (Of course in reality, I have enough lard on my frame to last me a few weeks...)

I called my husband and let him know I had no idea when I would be home. By this time, the messages I left for the principal, the priest, the secretary and Mr. K were a bit tearful at the end. I was trying not to sound too desperate.

After more than an hour, Mr. K answered his phone. His wife was in the hospital (knee surgery), but he said he'd be right over. Wonderful. I could finally go home. It was a little after 8.

Just when he walked into the side entrance and we were talking, the secretary called. She had come over and tried to lock it (hadn't called me to let me know she had gotten my 192 messages) but something was wrong with the door. Apparently the custodian had locked it--as far as he knew--but the door was malfunctioning and the lock never "caught." She couldn't do it so she called her son who was able to lock the door.

As we were leaving the building, Mr. K said, "I think your principal's in the building. I think that's his car in front of the school."

I looked, as I was getting into my car, prepared to burn rubber to get home as quickly as possible. I could see people leaving the school via the front door.

On the first floor, in the teachers' lounge, a finance meeting had been going on from 7-8. The principal was there, along with the parish priest. My principal had not taken his phone into the meeting (too many people do that, and the ringing and vibrating make for too many interruptions) and I had been calling the priest on the rectory line... and he wasn't across the street. He was right in the same building as I was.

I laughed with the principal when he called me back, and the secretary and I chuckled the next day. I got home a little after 8:30, told my husband the story, and got teased for being held "prisoner."

Lisa Ricard Claro was the original creator of this writing challenge. She moved to Florida, and is too busy to host a weekly book blurb. Her first romance novel, Love Built to Last, just came out as an audio book.  She's quite busy these days. 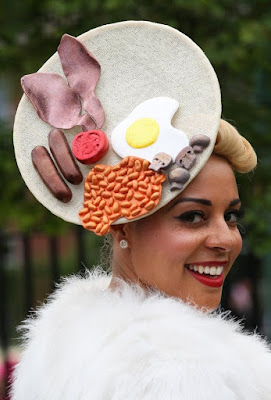 Renata also dreamed of someday having her own restaurant. She enjoyed cooking for others, and everyone said her dishes were divine.

One night, Renata realized how she could achieve her dream. It would be better than a diner or a food truck. Renata’s Food Hat. Renata would traipse around, with the food on her head. If she did that, it would catch people’s eyes and would also fill their tummies.

Some dishes would be easier to balance on a hat, of course. A block of lasagna would stick like glue to the plate. A serving of shepard’s pie, adhered to the plate by mashed potatoes, would be safely anchored down. But how about toasted ravioli? Deviled eggs? Crab cakes?

Will Renata be a smashing success? Or will she just leave a trail of smashed and fallen food in her wake? (150 words)

And for those who want to work ahead, here is the photo for next week: 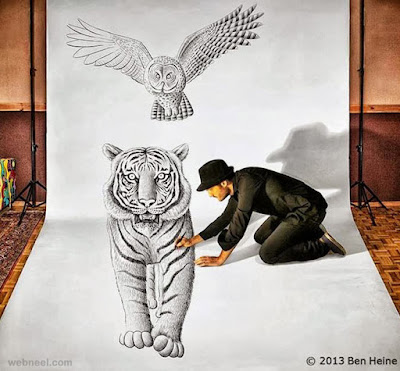