I have trouble--most of the time--with endings. When I'm writing short memoir pieces, I usually don't put enough oompf in at the end... Without the help of my critique partners, my presents would be sent off wrapped up, but no ribbons and bows to really make them alluring.

So it was with sadness when I watched the last episode of the last season of Sons of Anarchy this week. Would the ending be satisfying?

What's that you say? You've never watched it? You don't have any idea what it's about?

Think The Sopranos on motorcycles. With better-looking guys. And better writing...

Kurt Sutter (the creator and head writer and minor character) is one crazy guy, and his wife Katey Sagal (as Gemma) is a universe away from her work on Married With Children. The characters were incredibly flawed, the things they grappled with--at their core--were things we all could relate to and the connections they had with each other were ones we all understood.

The last moments finished up the series the only way it could be finished. Lots of brutal (but justified) acts. Lots of sacrifices. Lots of joy in uniting the past with the present.

The good thing about my WIP which may end up being my FWIP--my forever work in progress--is I know exactly how it's going to end. Now, if I can only add 40,000 words to the 35,000 I currently have, so I can get to that ending.

How about you? How are you with endings? What are some of your favorite movie or television series endings? 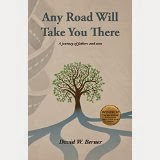 The publishing world is basically the Wild West these days. There are myriad ways to get your stories out there, but some ways are better than others, like some parts of the west were wilder than others. Even the self-publishing route has several levels of involvement for the independent author, depending on the money you want to spend and the risks you want to take. And of course the entire e-book approach has put another spin on the process. Some writers have said they see this new world of publishing as a threat somehow to the art of storytelling. I don’t see it that way. I think this day and age might be the best time to be an author in the history of the written word.

There is no doubt traditional publishers are no longer risk takers. Some of the small presses might be to some extent, and I applaud them for this. But so many of the great books of the 20th century, if they were being submitted to publishers today, would not be published traditionally. Traditional publishers–the big publishing houses–are not taking the chances they once did with authors. Do you think a big name publisher would publish a book like Jack Kerouac’s On the Road today? I doubt it.

However, if it were written in 2014, Jack might have self-published it, put it out as an e-book, sold it on Amazon at the holidays for 99-cents. I don’t believe that’s diminishing art as some might argue; I think it’s democratizing art.

My memoir, Any Road Will Take You There: A Journey of Fathers and Sons (Dream of Things. 2014) did not start out as a book-length story. It began as a series of small, short essays about being a father and a few early versions of specific parts were published in small, independent journals, some online as stand-alone essays. What an opportunity! These kinds of outlets for authors didn’t exist just a few years ago. Some might argue that you can’t make any money publishing in those journals. Maybe not, but it is a way to get your work out there, to offer your stories to a new and motivated audience and reader.

My first book, Accidental Lessons was published by what is now commonly called a hybrid publisher. They did everything like a traditional publisher, but asked me to contribute to some of the initial expense. All in all, the publisher was essentially a traditional publisher and handled the book’s release quite well. Any Road Will Take You There was initially self-published, but not after first hiring an agent who believed in the work and then a year of more than 30 rejections, 20 of those labeled by my agent as “good rejections,” meaning the traditional publishers loved the story, loved the writing, but couldn’t take it on for one reason or another, far too many reasons to list here. I got restless and published on my own.

A few months after the book was released, Mike O’Mary and Dream of Things publishing in Chicago came to me with an offer. Mike liked the book and wanted to re-publish it under his press, plus he also said he was fond of a collection of essays I was working on and thought he could take on that project, too. I couldn’t pass up the chance to get both projects out to readers under Dream of Things. Plus, I knew Mike, loved Dream of Things’ other books, and knew this small press was a class act, putting out strong stories and great voices.

If you write and are looking for a way to get your stories out there, take time to explore all the many options. Look hard at each one and invest time to study and investigate the platforms. Don’t rely on or get stuck in the old world process of finding an agent, submitting to traditional publishers, and waiting around until they decide whether you are worthy. Take your own steps, but do it with the knowledge and understanding that you must be an advocate for your own work. Hire a good editor if you’re self-publishing. This is essential. Everyone needs an editor. And if you are going the hybrid route, read the fine print. Some hybrid publishers are wonderful; some are shady. And if you decide on the traditional route and a publisher shows interest, understand that they may wish to make a lot of changes to your work to fit their needs. If that’s okay with you, fine. But I would suggest being absolutely certain of how you feel about this. And through the process, do not ignore the small presses. They are generally writer-friendly, will give you a big hug when you need it, and they understand the artistic process. Dream of Things is one of those wonderful small presses. It will take some work, but you can find one that fits your style, needs, and your comfort level with any level of risk taking. I did, and I’m happy, honored, and grateful.

In the best tradition of the great American memoir, "Any Road Will Take You There" is honest, unflinching, and tender. A middle-age father takes the reader on a five-thousand-mile road trip, the one he always wished he’d taken as a young man. Recently divorced and uncertain of the future, he rereads the iconic road story - Jack Kerouac’s "On the Road" - and along with his two sons and his best friend, heads for the highway to rekindle his spirit. However, a family secret turns the cross-country journey into an unexpected examination of his role as a father, and compels him to look to the past and the fathers who came before him to find contentment and clarity, and celebrate the struggles and triumphs of being a dad.
Posted by Sioux Roslawski at 3:24 PM 3 comments:

Email ThisBlogThis!Share to TwitterShare to FacebookShare to Pinterest
data, data teams, data walls, teaching, classroom Any Road Will Take You There, David Berner

Yes, Lisa, I did miss out on posting on Thursday. I know. I feel badly, because I had marvelous intentions (as I walk down that paved road to not-heaven) but was busy with some Christmas craftwork that had to be ready by Friday--the Friday that just flew by.

What was Sioux busy with, as she trotted around in her Crocs and neglected to post?

Anthony Doerr, with his book All the Light We Cannot See, was on. It sounds like an interesting novel. However, it was how he came up with the title and something in particular he said that got me hyped.

He said he was in a train, and when it went through a long tunnel, one of the passengers got quite incensed because they no longer had use of their phone. (Duh!) This guy cursed and kept hitting his phone, to no avail. Doerr thought to himself what a miracle it was to be able to communicate, via a system of towers, and what an incredible (unseen) power it was. (He said it much more lyrically and intelligently.) He came up with the title from that encounter. So, what can we learn from that? Be open. You never know when you'll get a title or a first line or some dialogue or a bit of inspiration from what's going on around you.

Then he slung off a line that hit when it ricocheted back at me, so I've (again) screwed up the wording. Doerr said something like, "White space is a gift to readers." I like the white space. I like super short paragraphs (a super short sentence that stands by itself.) I like mixing it up with a few dense paragraphs and then some dialogue, and then back to the dense paragraphs. In my WIP, I've broken up the writing into little chapters/scenes, with accompanying snarky or pointed or poignant titles (but not like formal chapters... if this piece-that-is-one-of-Dante's-circles-of-hell ever sees the light of day, there for sure won't be a table of contents. White space is ultra-important to poets, but storytellers and novelists should be mindful of it as well.